Developed the German neurologist and Harvard graduate Dr. Margarita Griesz-Brisson. She achieved dramatic results in the detoxification of mercury, lead, cadmium, nickel and especially aluminium via urine and hair when patients used an ionic foot bath along with the intake of coriander.

The effect of the ionic footbath has so far been largely misunderstood and mis-advertised. Manufacturers generally claim that the discoloration of the water is based merely on detoxified substances from the body, which is intended to prove the effectiveness of the footbath.

Dr. Griesz-Brisson found enormous toxin excretions in the urine before and after foot bath with coriander. The detoxification of aluminium was so dramatic that it had to reduce the scale for aluminium by a factor of 3, otherwise the graphic would have blown all the formats. 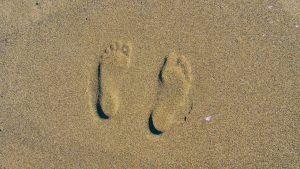 We recommend the following method of use to our patients every day:

This detoxification method is available to all patients at the institute. The application is particularly suitable following a SophiaMatrix ® treatment.