“The response of the host makes the disease, not the antigen (microbes or toxins).” Dr. Lewis Thomas

The homeopathic immune modulation is a new and enormously important therapeutic device for us as part of the biological treatment of Lyme-borreliosis. However, going back in history this method of homeopathic practice has been practiced for a very long time.

The founder of the Academy of Environmental Medicine, Dr. Theron Randolph, with whom Dr. Klinghardt had worked with for many years, used the method known from toxicology. This method helps patients, who have developed an allergy against chemical poisons to become healthy again.

He discovered that some homeopathic dilutional steps build the exact antidote to poison and others appear toxic. There are a number of “windows” within the dilution sequence where the remedy acts as an antidote to the poison from where it originates(dose-response-curve). 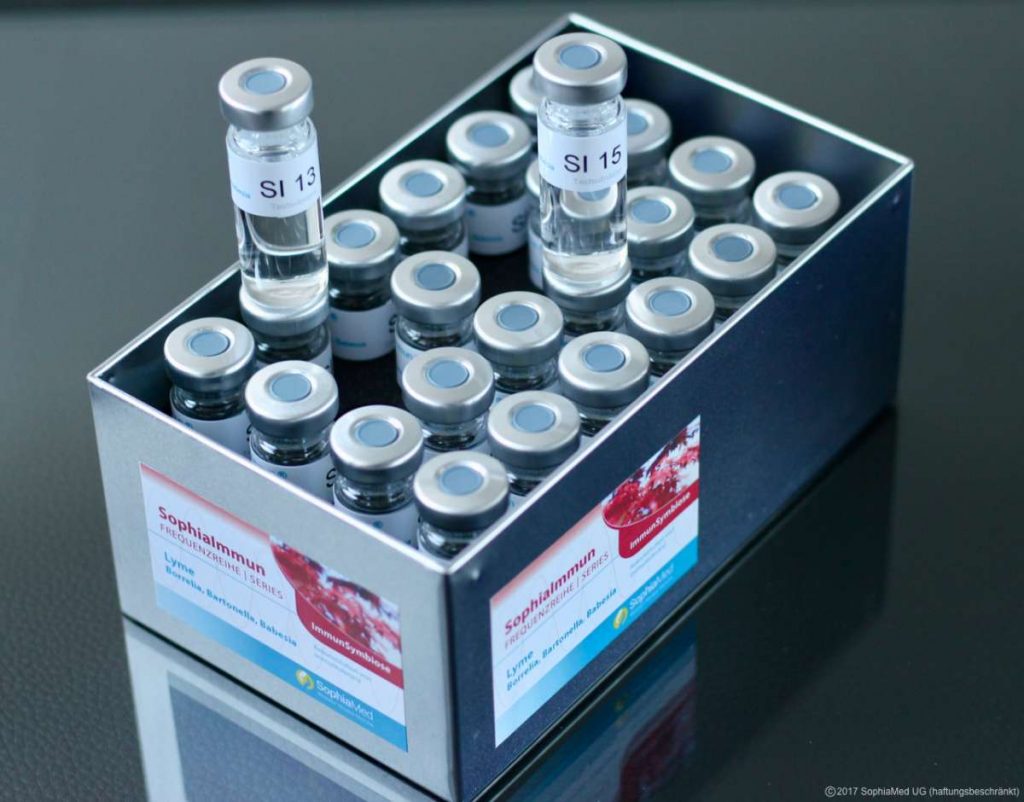 If a toxin and an allergen (mother tincture) are mixed, homoeopathically diluted and shaken to achieve lege artis, the result is the ideal combination which is tailored specifically to that patient’s immune system. It is surprising perhaps that this principle also works for living organisms too, if you use the created culture of a pathogen as a mother tincture and you create a homeopathic dilution series. By using an established culture and homeopathic dilution series (which will be tested using ART) will determine the potency strength of the pathogen. When used, it eliminates the negative effects that the pathogen possessed. Symptoms dissipate, sometimes within minutes or hours after the introduction of the remedy.

We have found that a patient specific high potency of a pathogen leads to an immune modulation of the system; excessive and damaging immune over-reactions are disrupted, resulting in a slowing down and normalization. This eliminates over 90% of symptoms. A quite remarkable observation we have made is that the results vary markedly depending whether C17 or C18 is used as the starting substance. It is not enough just to use a C6, C12, C30 or C200. We need a complete dilution series from C4 through to C30! We find the exact dilution that triggers the dramatic healing effects we see on a daily basis.

The famous physicist Dr. Wolfgang Ludwig made the observation 30 years ago. He had developed an oscillography representation of homeopathic remedies with which he could plot the frequency patterns graphically. He showed that a C6 dilution of Belladonna has a completely different frequency pattern than a C7. Unfortunately, this knowledge has not yet found its way into the education of classical homeopathy.

A second, new observation we owe. McEwen: When the homeopathic remedies are shaken in distilled water without the use of alcohol and later subjected to strict intracutaneous injection, the cells of the skin release the enzyme beta-glucuronidase, which dramatically enhances the effect of the homeopathic remedy.

The third new observation shows that the amount that is injected significantly determines therapeutic success. A group of researchers within the AAEM found that exactly 0.04ml should be used in intracutaneous injection. If more is injected, there are increased immune responses, which are usually unfavorable for the patient. If less is injected, the expected immune response is insufficient.

The fourth, new observation: if the regulatory T cells (Treg cells) react to the given homeopathic simile, this activation lasts for 7 weeks. Therefore, an injection should only be given once every 7 weeks. If the drug is taken orally several times a day, it leads to a Habituation (blunting) of the immune response without further healing effect. In Sophia Health Institute Kaufbeuren, however, we find that after the first injection, the patient’s dysfunctional immune system often reacts unpredictably. After initially excessive immunoregulation, which can last several days, there is a significant improvement in many symptoms. Once this reaction wears off, the next injection is given in exactly the same potency (not in a lower potency, as it is often practiced in homeopathy). A typical course looks like this: second injection after 7 days, third injection 5 weeks later, then the 7-week rhythm sets in. After the sixth injection no further therapy is necessary.

Application in the SophiaHealth Clinic Kaufbeuren

We futher improved the method for easier application and higher efficiency. Frequency chords contain all frequencies from  C6, C7, C8 … to C30 and are applied orally several times per day. Thus the patient can continue the SophiaImmun method easily at home.